BWW-The Best Wine of the World-competition is by far the toughest wine competition on this planet. Unlike any other industry competition, only 1% of the wines involved will be awarded.

In the Finals the wines were evaluated and ranked two different times as blind by the panels of Tasting Book Professionals (selected Judges from over 7000 Pros: Wine writes, bloggers, MW’s. Wine makers etc.)

The Title above all categories – The Best Wine of the World 2018 – was awarded to the wine that won the highest scores in the Finals.

In BWW Competition 2018, the Best Wine of the World -title was awarded to the Masseto 2009, Tuscany, Italy.

The Best White Wine of the World -title was awarded to the Joseph Drouhin Montrachet Marquis de Laguiche 2010, Burgundy, France

“It is without saying that winning the Trophy of Best White Wine of the World is an immense satisfaction. We, as a Team, feel very honoured and would like to thank the wine professionals for their vote. The relationship between our two families, Laguiche and Drouhin, goes back to 1947. Complex, refined, elegant with exceptional flavours and texture the Montrachet Marquis de Laguiche is truly an iconic wine showing the unique soul of its soil.” – Veronique Boss Drouhin

Other Winners of the main categories are:

Other 150 winners and prizes can be found at www.tastingbook.com

BWW is the largest wine competition in the world, whether measured by the number of wines, the number of consumers involved or the judges taking part.

BWW warmly welcomes all vineyards to enter their wine for the 2019 competition.

Registration is the easiest, fastest, and most affordable in the business.

Registration will begin on May 1st at www.bwwcompetition.com. 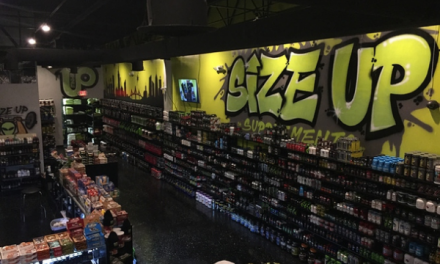 Size Up, Premier Retailer of Supplements and Fitness Apparel, Grows Physical Retail Presence Across U.S. To Engage New Customers In 2020